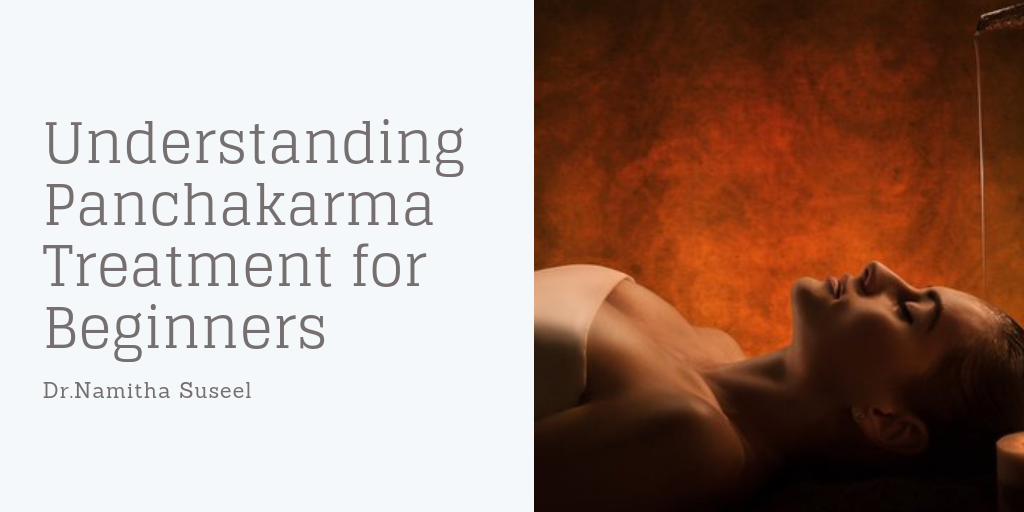 Complete detoxification and regeneration for body and mind

Panchakarma is the purification therapy through which body gets cleansed to the deepest tissue level by eliminating the vitiated dosas.

The word ‘PANCHA’ means five and ‘KARMA’ means action. Panchakarma consists of five specialized therapies. Acharya Charaka and Vagbhata considers VAMANA, VIRECHANA, NASYA, NIRUHA, and ANUVASANA VASTI as panchakarma . while there is a slight difference in opinion by Acharya Sushruta who is considered as the father of surgery in Ayurveda. Since he deals with surgery, he has given equal importance to blood along with the 3 dosas so he has included a procedure to eliminate the vitiated blood as one among the Panchakarma. It is called RAKTHAMOKSHA.

According to Acharya Sushruta VAMANA, VIRECHANA, NASYA, VASTI, and RAKTHAMOKSHA are known as panchakarma.

It is the preparatory stage in which the person is made ready for panchakarma therapy. It includes

Intake of medicated oil/ghee according to the disease condition. It alleviates aggravated Vata, softens the body and disintegrates the adhered morbid material in the channels of circulation.

For the one who is to be subjected to snehapana the next day, who is on snehapana and who just completed snehapana , the food shall be predominantly in liquid form, warm, non – secretary , not too unctuous, not mixed with many varieties of substances and shall be in the appropriate quantity. He should use hot water for all his needs and should maintain celibacy. He should sleep well at night and should not suppress the natural urges of the body.

He should avoid exercises, anger, grief, snow, sun, and strong wind. Traveling either in vehicles or by walking long distances, being talkative, sitting continuously at the same place, use of pillows either too thick or too thin, day sleep, smoke, and dust – all these are to be avoided during the days and that much days after snehapana.

Period of Snehapana
Done for 3 days in persons with soft bowel[mrdu kostha], for 7 days in persons with hard bowel[krura koshta] or till symptomology of perfect unction [samyak snigdha lakshana] are seen, beyond which sneha becomes acclimatized to the system, and hence does not produce the requisite effect.

Sadya Snehapana
In children or in aged who cannot tolerate the strict regimen of snehapana, the following recipes can be employed which are harmless and produce immediate unctuousness[ sadya snehas].

The process of making the person sweat. In a person who has undergone oleation therapy, fomentation liquefies the adhered morbid materials even in the fine channels of his body.
In the case of vamana,  swedana is done for one day after snehapana, and on the next day, kaphotklesha[ kapha is made secretary ] is done by giving food items having such property. On the third day, Vamana is done.

In case of virechana , swedana is done for 3 days and on the fourth-day virechana is done.

It is the main treatment therapy. It includes any one of the above-mentioned panchakarma therapy. The selection is done in accordance with the disease, vitiated dosa and the site of dosa vitiation.

It is the aftercare stage.

It depends according to the strength of purification therapy.

By observing the peyadikrama after purification therapies, the digestive power which has been lowered by the therapies will gradually enhance, becomes steady and capable of digesting everything.

Panchakarma not only brings about total purification but also makes the body receptive to the next phase called rejuvenation.

Even nectar will be useful only if it is given in a clean vessel. If the vessel is not clean, it contaminates anything, and everything poured into it. So the rejuvenation therapy can be started only after completing panchakarma.

x
More Information
Open chat
To give you the best possible experience, this site uses cookies. By continuing to use this site we will assume that you are happy with it.Ok